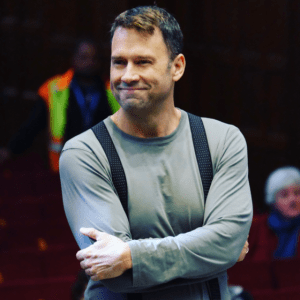 For my “FAVE FIVE”, I decided to choose 1 (one) piece of music from 5 different genres. Having dedicated my life to music, it is nigh unto impossible to not have a constant shifting of “favorites.” As I’ve often told people, my favorite piece is usually the one I’m conducting at the moment!

So with that in mind, here are my FAVE FIVE at this moment, in Orchestral, Opera, Broadway, Rock, and Pop/Mash-up genres:

This live performance of Mahler 5 came near the end of Abbado’s life, and I don’t know that any more powerful live music has ever existed.

Many have argued that there is simply no music more beautiful than the finale of Richard Strauss’ opera Der Rosenkavalier. This opera was his “love letter” to Vienna, with certain wink and nod to that other great Strauss, Johann Jr. (no relation).

I could easily post a dozen mesmerizing performances of the opera’s finale, but the 1992 Berlin Philarmonic performance always leaps to my mind first. Kathleen Battle, Frederica von Stade, Renee Fleming form one of the most star studded trios of all time. And the conductor – again – is the phenomenal Claudio Abbado.

FAVE BROADWAY: You Will Be Found from Dear Evan Hansen. Music/Lyrics by Justin Paul and Benj Pasek.

Especially because we are still in the middle of this difficult time of pandemic, the music and lyrics of this immensely powerful song brings me to tears every time I hear it. The human soul can not be tamped down, socially distanced, or quarantined. In moments of anxiety, sadness, loneliness, fear . . . in those moments MUSIC brings the greatest form of healing.

I finished high school in 1985, and college in 1989. Also I have two older sisters who played their albums in the house all through the 1970s. Therefore, music from the late 1970s and all of the 1980s is the soundtrack of my youth. And I always migrated the most toward the great “Rock Anthem” bands of that era. Boston, Journey, Queen, and – top of my list – Kansas. So if you’re in the mood to “rock out,” give a listen!

If you haven’t seen this video, then you are in for SUCH a treat! Bruno Mars follows in the footsteps of Michael Jackson and Prince, ruling the current world of Pop music. Recently a genius of video editing put Mars top hit together with choreography of Fred Astaire and Ginger Rogers, Gene Kelly, Shirley Temple, and many more Hollywood luminaries. In a time when pure joy and happiness are greatly needed to lift the spirit, this video is right on the money!