The Festival Chorus will return for the 2022-23 Season. The auditions for the 2022-23 Season will be held on September 29 at La Casa de Cristo Lutheran Church. Please click on the Community Member Auditions tab on the left to access more information regarding the auditions. The Festival Orchestra and Chorus performance will feature Haydn The Creation and will be held on February 5 at Pinnacle Presbyterian Church. 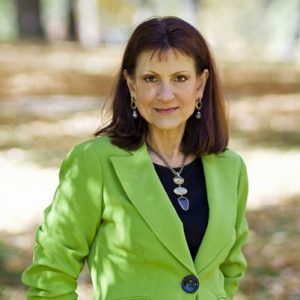 Dr. Sharon A. Hansen is Emerita Professor of Conducting and Choral Music at the University of Wisconsin—Milwaukee. A dynamic and compelling conductor and master teacher, Hansen is active as a guest conductor and clinician throughout the United States and in Europe. She served as guest conductor for the Romanian National Radio Choir (Bucharest); the Gächinger Kantorei and Bach Collegium-Stuttgart; the Stockholm Conservatory Chamber Choir; the Moldavian and Oltenian Philharmonic Choirs (Iasì and Craiova, Romania); and taught at the University of Regensburg (Germany), where she served as Director of the Symphony Orchestra. She has presented master classes in conducting in Romania’s Academy of Music (Bucharest) and Ovidius University (Constanza), and was guest lecturer at the first and second annual Romanian National Choral Director’s Association Conferences in Sinaia.  She led the first International Choral Conducting Master class in Bucharest in September 2003, returning in 2004 for the second such master class. Hansen’s collegiate and professional ensembles have appeared at Carnegie Hall, and at state, regional and national MENC and ACDA conventions. She has been privileged to serve as guest conductor and clinician with all-state choirs, music festivals, and honor choirs in more than thirty states.

From 1998-2013, Hansen served as Founder and Music Director of the Milwaukee Choral Artists, one of only a handful of professional women’s vocal ensembles in the country. MCA frequently collaborated with Present Music, Milwaukee’s internationally acclaimed contemporary music ensemble, most notably in the presentation of Olivier Messiaen’s “Trois Petites Liturgies pour la Presence Divine” with members of the Milwaukee Symphony Orchestra (Sharon A. Hansen, conducting). Equally well versed in early music, the Milwaukee Choral Artists also appeared three times in concert with the Boston Camerata, and performed with KITKA professional women’s ensemble. Hailed for its expressive singing, rich sound, and far-reaching musical repertoire, the ensemble performed music from more than forty world cultures in twenty-nine languages.  The Milwaukee Choral Artists left behind a most impressive legacy of some fifty commissioned, premiered, and published new works.

Hansen enjoyed a long career as member of the Editorial Board of the Choral Journal, where, as founder and editor for “On the Voice,” she shepherded eighteen years of diverse articles on the subjects of vocal pedagogy and health. Hansen’s research on the voice has been presented at State, Regional, and National ACDA and NAfME Conventions; at the 2010 National NATS Convention; as well as in other local and national venues. Hansen is author of the book Helmuth Rilling: Conductor – Teacher, and author of an ACDA monograph titled The First Fifty Years: An Index of ACDA Convention Interest Sessions and Choral Journal Publications; Choral Textbooks; and Teacher Preparation Statistics 1959-2009, which chronicles the history of ACDA’s efforts in voice education, and features the best of the articles written for “On the Voice” since its inception. Her chapter on the status of female conductors in higher education,  “Women, Conductors, and the Tenure Process:  What’s Up in the Academy,” is found in the book Wisdom, Wit, and Will:  Women Choral Conductors on their Art.

Hansen was a founding member of the Board of Directors for the Milwaukee Children’s Chorus; she also served on the Board of Directors for Milwaukee’s Early Music Now. In tribute to her influence on Southeast Wisconsin’s music scene, Hansen was the recipient of both the Milwaukee Symphony Orchestra and the Milwaukee Civic Music Association’s 2003 Award of Excellence in Choral Music. In 2010, she received the Outstanding Alumni Award from the University of Nebraska–Lincoln. In January 2014, she was presented with the Wisconsin Choral Directors’ Association highest meritorious honor, the Morris D. Hayes Award, presented to a choral conductor of “outstanding merit…who has demonstrated a commitment to choral music…and has made outstanding contributions to choral music in Wisconsin.” She has signature music series with both Santa Barbara Music Publishing and Hal Leonard Music Publishers.  Her professional memberships include ACDA (American Choral Directors Association); Chorus America; IFCM (International Federation of Choral Music); NAfME (National Association for Music Educators); NATS (National Association of Teachers of Singing); The VoiceCare Network; and The Voice Foundation, for which she was Treasurer and founding member of the Greater Milwaukee Area Chapter of the Voice Foundation, the United States’ first local chapter.  Hansen recently served as Interim Director of Music and Arts at Pinnacle Presbyterian Church (Scottsdale AZ), a large church with a rich music tradition. She presently is Chorus Director for the Arizona Musicfest Festival Orchestra, and Membership Chair for the Arizona Chapter of the American Choral Directors’ Association. This is her fourth year as Chorus Director of Arizona Musicfest.

The repertoire for the 2023 Festival Orchestra and Chorus Concert will be Haydn’s The Creation, and the performance will be on February 5 at Pinnacle Presbyterian Church. The audition was a chance for our Chorus Director to hear voices and assess your abilities to fit into the Chorus. Those who auditioned prepared one short piece (art song, folk song, or hymn), approximately 1.5–2 minutes in length. A professional accompanist was provided for the audition. You must provide a legible copy of your selection, in the correct key, for the accompanist.

To register for an audition, click on the button below and complete/SUBMIT the form; then Jay Good from Arizona Musicfest will get back to you to schedule your audition time as well sending you the complete Chorus Schedule.

Register for an Audition

The repertoire for the 2023 Festival Orchestra and Chorus Concert will be Haydn’s The Creation, and the performance will be on February 5 at Pinnacle Presbyterian Church. There are 4 positions available for the Section Leaders – (2) Soprano positions; (1) Tenor position; (1) Bass position. Applicants are asked to prepare one memorized selection (art song or aria) that best demonstrate your vocal ability.

Your should anticipate your audition lasting no longer than ten minutes; please plan your repertoire accordingly. In the interest of time, you should be prepared to shorten your audition pieces (no da capo, no repeats, and so forth) if asked. Arizona Musicfest will furnish an accompanist. You must provide a legible copy of your selection, in the correct key, for the accompanist.

To register for an audition, click on the button below and complete/SUBMIT the form; then Jay Good from Arizona Musicfest will get back to you to schedule your audition time as well as send you the complete Chorus Schedule.

Singers in the Arizona Musicfest Festival Chorus perform choral repertoire from a wide variety of eras and styles.

Past season’s choral repertoire has included: