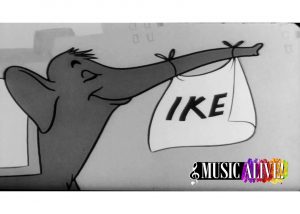 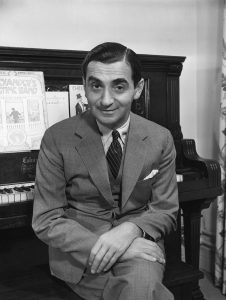 We’ll start this post with the same as Part Two, with the first example that popped in your head when we mentioned campaign songs. Written by the great American composer Irving Berlin, the song was originally titled “They Like Ike,” had a different melody, and was part of Berlin’s 1950 Broadway musical Call Me Madam. Berlin’s song was presciently reviewed at the time as a “rollicking tune…which may alone and unaided sweep [Eisenhower] into the White House by acclamation. This song is one of the greatest political windfalls ever to fall upon a man with presidential possibility.”

At the time, Eisenhower was a revered but retired general, the president of Columbia University, and one of the most admired men in America. In 1952 he decided to run with the enthusiastic support of many including Irving Berlin, who slightly altered the song into “I Like Ike.” Berlin continued to rework the song into updates “I Still Like Ike,” “Ike for Four More Years,” and “We Still Like Ike.”

Click below to find the original, and check out Part Two for the eventual campaign version! 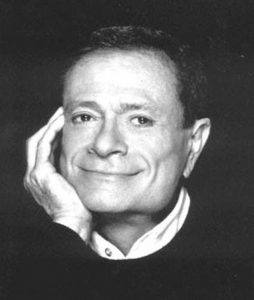 Speaking of Broadway composers reworking their songs for presidential campaigns, the legendary Jerry Herman added energy to the 1964 campaign of Lyndon B. Johnson through a rewrite of the title song from “Hello, Dolly!” While it might seem odd to have a song called “Hello!” to someone who was already the president, Herman’s incredibly popular tune had already had other campaigns try to adopt the song.

After repeatedly denying requests to use the song David Merrick, the producer of “Hello, Dolly!” underwrote the cost of the reworking and recording of “Hello, Lyndon!” The song was first performed by Carol Channing with the composer at the 1964 convention. Below, find archival footage of Channing performing the tune, and a broadcast recording by the “Hello Dolly!” male chorus:. 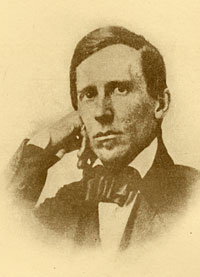 Considered by many to be the “father” of American music, Stephen Foster is one of the only people more associated with The Great American Songbook than Berlin. The composer of classic songs like “Oh! Susanna,” “Camptown Races,” and “Beautiful Dreamer,” also contributed a song to the 1856 campaign of James Buchanan.

The lyrics echo Buchanan’s platform of unity and peace, and Foster’s refrain “Come, all ye Democrats,” closely resembles the opening of the refrain of “Oh! Susanna”

Find folk musician Oscar Brand’s rendering of the song below!

Nearly a decade before starring in the first talking picture, popular performer Al Jolson wrote “Harding, You’re the Man for Us” for the 1920 campaign of Warren G. Harding.

Whereas Harding’s opponent traveled across the country for his campaign, Harding carried out a “front porch campaign,” staying put in his hometown of Marion, OH for most of his campaign. Jolson debuted his rousing tune at the candidate’s home, sometimes with Harding, a brass player himself, playing along!

Hear the song cut alongside some footage from Harding’s front porch campaign: