The Hook Brings You Back

What is it about a great hook that gets so stuck in our ears? While the melody, words, or rhythm contribute to a successful hook, the repetition of those hooks roots us in the music and brings us back again and again.

What do many of our favorite songs have in common? It’s a section of music – the chorus – that hooks us in and sticks in our ears, minds, and hearts. It calls us back to the last time we heard the song and drives us to listen again. A great hook is the tie that binds the likes of Gloria Gaynor’s “I Will Survive,” Pharell Williams’ “Happy,” Neil Diamond’s “Sweet Caroline,” and the Beatles’ “I Want To Hold Your Hand.” 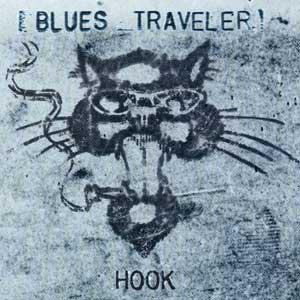 In fact, chorus repetition and the catchiness of hooks was the basis for the 1994 hit “Hook” by American rock band Blues Traveler. The song, satirically written by frontman John Popper, lampoons and celebrates the efficacy of a good chorus through lyrics written directly to the listener:

Cheekiness aside, Popper’s lyrics point to a genuine truth about choruses and hooks: not only are they effective, but their repetition brings us back again and again and again. Interestingly, while western songwriting uses repetition so effectively, the formal structure is one that dates back hundreds of years!

Form: The Shape of Music

Musicians use the term “form” to describe the balance of sections in pieces of music (such as “Verse” and “Chorus”). Overall, form describes the relative amount of sameness or difference in a piece of music: Too much of the same thing, and the song becomes boring. Too much different or unique material and the song doesn’t make any sense! That balance, as musicologist Nolan Gasser points out, acts as the shape of the music.

Italian for “round,” Rondo form actually dates back to medieval French poetry and songwriting. The feature that gives a Rondo its name is the continually returning refrain portion of the piece. Think of the chorus in a pop song: The verses may all have the same melodic and rhythmic material, but they typically have different lyrics. The chorus (the hook), contains the same melody, rhythm, and lyrics each time it returns.

We can think of those sections in lots of ways. If, instead of “Chorus,” we label the repeating section “A,” and then label each subsequent verse “B,” “C,” and “D,” our song form looks like “A-B-A-C-A-D-A.” If you were to relabel those section with, say, cookies, it might look something like this:

Most popular during the 18th and early 19th centuries, the Rondo form was first popularized as a movement of keyboard pieces, as in the Turkish March from Mozart’s Sonata in D (below). Rondo was also found in orchestral forms like the symphony and concerto (such as the Brahms example, below). Rondo form works so well, however, that many composers would simply write a Rondo, knowing that it needed no other music to be an effective piece (see Johann Strauss’Til Eulenspiegel’s Merry Pranks, also below).

This brings us right back to contemporary pop music: Rondo form, with it’s continually returning refrain, feels like a fully complete piece of music. It has variety, clear sections, and closes in such a satisfying way as to bring us back again and again and again. After listening to the examples below from Mozart, Brahms, and Strauss, consider: What are some of your favorite Classical Rondos? Thinking about the pop tunes above, what are some of your favorite hooks?