Today’s email will explore Meter, the organized groupings of beats. Think of the below symbols as any rhythmic sound you can imagine (ie. a drum hit, cymbal crash, or tap on a desk). The larger of the two symbols would be the louder (or stressed) beat, and the smaller is the softer (unstressed): 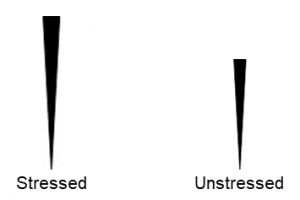 Count the two examples below, tapping your finger at regular intervals, but louder for the larger symbols and softer for the smaller symbols: 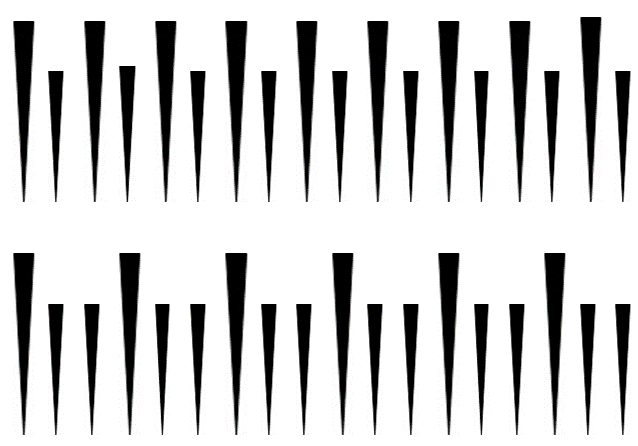 If you’ve looked at a piece of music, you might have noticed the time signature at the top left of the page. These fractions indicate the meter, with the top number denoting the number of beats per grouping. Duple & Triple meters are indicated by the below time signatures:

For our purposes, we’ll ignore the denominator of the fractions above and focus only on the numerators, which indicate the beat groupings (ie. 2/4 indicates two beats per grouping).

While the grouping possibilities might be endless, in Western music, we’re typically dealing with groupings of two, three, four, and six. Tap and count the four-beat “quadruple meter” below (“ONE-two-three-four, ONE-two-three-four”).

Meters of two, three, and four are considered “simple,” meters, whereas groups of six (and, by extension, nine and twelve) are typically called “compound,” which means that there are subgroups of three within the larger grouping.

Gladly! Below, find some examples of pieces in duple, triple, quadruple, sextuple, quintuple (5/4), and even septuple (7/4) time – after listening to these, listen back through some of your favorite pieces and songs. What meter are they in? How can you tell if the piece is a duple or quadruple-meter piece? A triple or sextuple?