Music Alive!: The Power of the Pentatonic Scale

The Power of the Pentatonic Scale

What do Gershwin’s Summertime, Jimi Hendrix’s Voodoo Child, Grieg’s Morning Mood, and Avicii’s Wake Me Up all have in common? They all make prominent use of the same five-note melodic pattern: The Pentatonic Scale. If you can recall the indelible melodies from any of the four pieces above, you’ve already got the sound of the scale in your ear (if not, click on one of the above links to remind yourself), but what does the pentatonic scale look like?

Left Keyboard, above: If you play all the white keys (colored orange above) in order between the first ‘C’ and the last ‘C,’ you will net the C Major scale. As beautiful as the major scale is, there’s a crunchy interval, the tritone, between the fourth note (marked ‘F’ above) and the seventh (‘B’). When heard, those two notes have strong tendencies to resolve either down (ie. the fourth, ‘F,’ to the third, ‘E’) or up (the seventh, ‘B’ to the next ‘C’).

Right Keyboard, above: Leaving the fourth and seventh notes out of the major scale results in an even sweeter-sounding scale, the C-major pentatonic. Musicians can move around either up or down from any note, creating freedom in their melodies by reducing the number of potentially unresolved notes.

For a simpler illustration, you can also make a pentatonic scale by playing just the black keys on a keyboard.

What’s more is that you can find the sound of this scale in many cultures, from songs like Mary Had a Little Lamb, to certain Chinese traditional pieces, to Béla Bartók’s transcriptions of Eastern European folk tunes, exampled in his Pentatonic Tune.

During the 2009 World Science Festival, acclaimed musician Bobby McFerrin invited the audience of the “Notes and Neurons” event to experience the ubiquitous power and predictability of pentatonicism through a collective improvisation. Watch (and sing along) below!

Composing with the Pentatonic Scale

Now that you’ve got the scale in your ears, click on the images below to find a free song-making tool where you can create your own pentatonic compositions. We’ve created versions of Mary Had a Little Lamb and Grieg’s Morning Mood as templates. Listen through each once or twice and then create your own pieces by selecting and deselecting the colored boxes. Have fun! 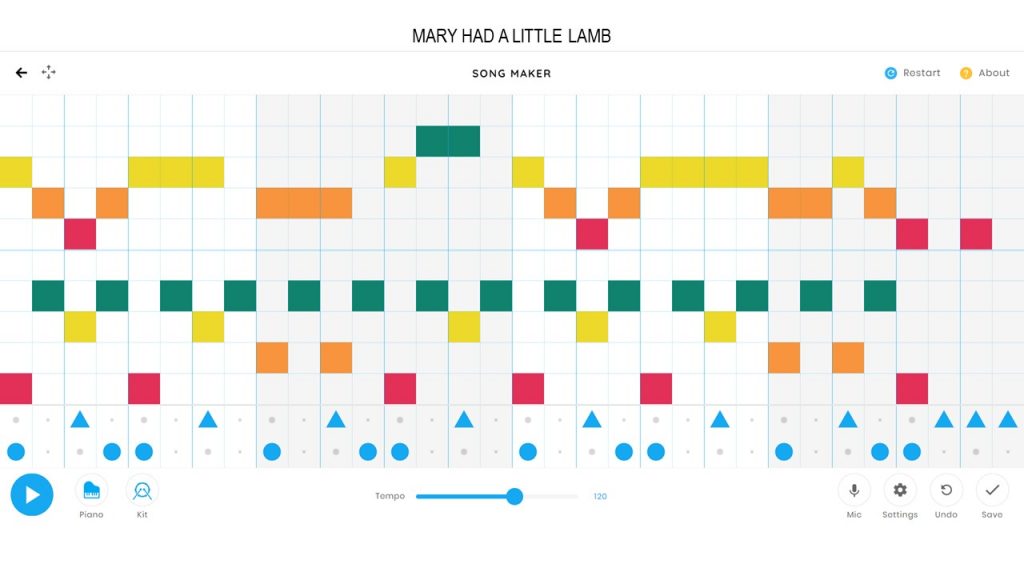 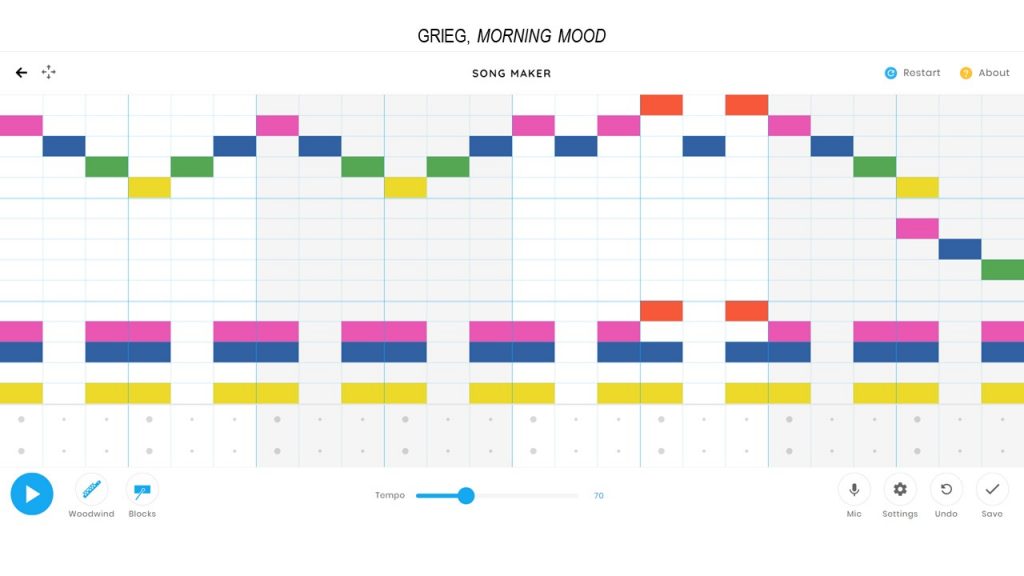